Have you ever seen a jack-fruit that big? 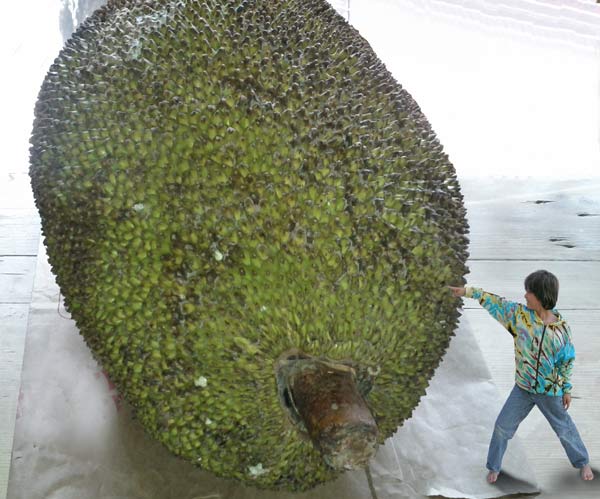 OK, maybe there is a bit of exaggeration built-in.

But in reality, this beast was somewhere between 20 and 30 pounds and getting started breaking it open was not an easy task. But we finally got it cut in half and then we started, under the watchful eye of jackfruit-master Gigi to disect it and learn what is edible and what better to discard.

The yield of one half of the jackfruit looked like this: 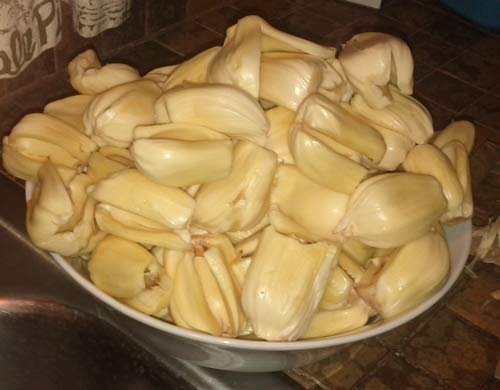 One bowl of fruit 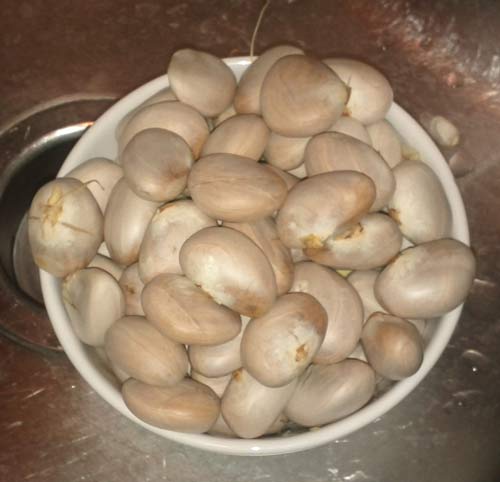 A smaller bowl of jackfruit seeds – supposed to be nutty

Carole send this photo to us from a trip to Sedona… 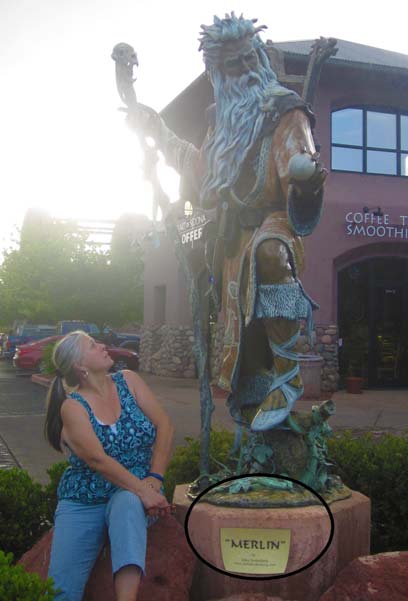 Thank you so much, Carole! I got a kick out of that. The resemblance is amazing, it’s like looking into a mirror – – if the sculptor only had done this after I started to get involved with mudmee tie dye!

(reprint of email sent to our list on this day)

whatever part of the day I catch you – may it be good – Hey, it’s Merlin from JustZen, introducing to you our youngest and cutest customer – and sorry to all of you who think you are cuter… 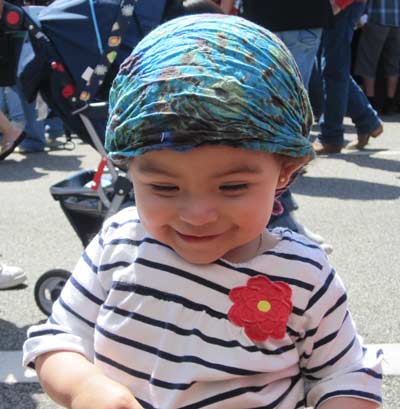 PS: May this be a reminder that many of you still have to send in your own pictures for our customer gallery, and to be entered into our ruffle. I know, it’s hard to compete with this, but do it anyways – okey-dokey?

A non-tie-dye task came along recently here at the JustZen Corporate Headquarters.

As technology takes big steps ahead, old tech sometimes bites the dust, but if you have something that depends on that old technology, then you better make sure you do something in order not to permanently lose that something.

In the case at hand this is the Mini DV tape. Some 10+ years ago that was the medium of choice when capturing moving pictures. We also had a whole bunch of those tapes and I started to get worried that I might not have access to those videos once my old MiniDV  camcorder would die.

So, I started to pull all this video footage over to the computer and edited it into something more palatable than these hours of (often boring) long shots.

I want to share this little clip here with you. I don’t know if you will like it as much as I do – I’m in it after all – but you might get a kick out of it. It’s way before JustZen was even started so nobody – neither the baby nor I – wear tie-dye, but you probably guessed already that the baby later became the model you see on some of the JustZen web site.

As I have your attention already I would like to ask you a favor. I try to establish a base for JustZen on Facebook. In order to be able to give the pages there a nicer name I need a few more visitors to ‘Like’ the initial presence I established there.

So, if you are on Facebook, could you please go to the Unique Mudmee Tie-Dye Clothing page and click the ‘Like‘ button to the right side of the title? I would really appreciate that.

Remember, last time I barged into your life, I reported of new snow at the JustZen Corporate Headquarter (what a mouth-full for this little abode!)

Our son, who you know as one of the models on our web site, took me serious and went out for a sun-bath…

I know, I should be watching what I say, but I just tried to make a joke and told him he would not get enough sun, dressed up as he was. And what does this guy do – – he takes me serious… 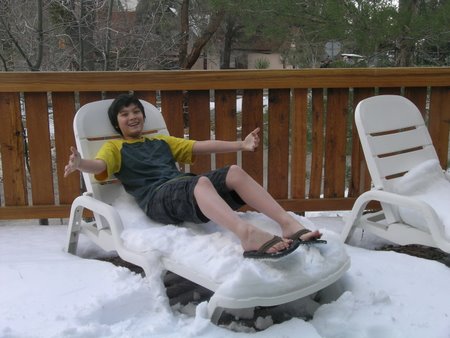 Was not too bad, we could have just given him a hot bath and he would have thawed, but unfortunately I got distracted by other work and I did not notice that another big storm moved in … 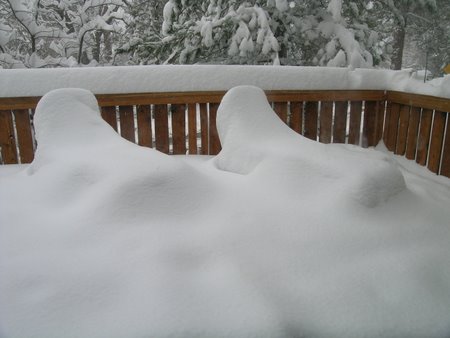 … and we probably have to wait for all this snow to melt until we can get his modeling services again.

This is just without comment – it’s so good, no word would add anything to it… 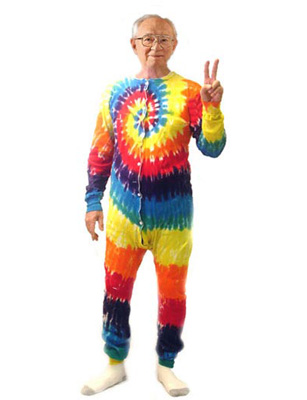 No, sorry, JustZen does not carry those,
but if they get enough requests that might change in the future.